Tai Chi for Women
The Qi energy that has been harnessed over the century for its life giving force has ironically been underutilized by the most life giving souls — women! Perhaps martial arts was not considered ladylike or her prerogative in a patriarchal society, but the number of women taking Tai Chi Chuan is growing rapidly. The class follows the basic foundations of Tai Chi but we will apply them to those nagging issues plaguing womankind — PMS, weight gain, osteoporosis, menopause, depression, fatigue. 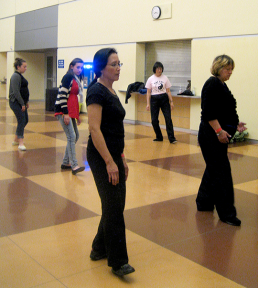